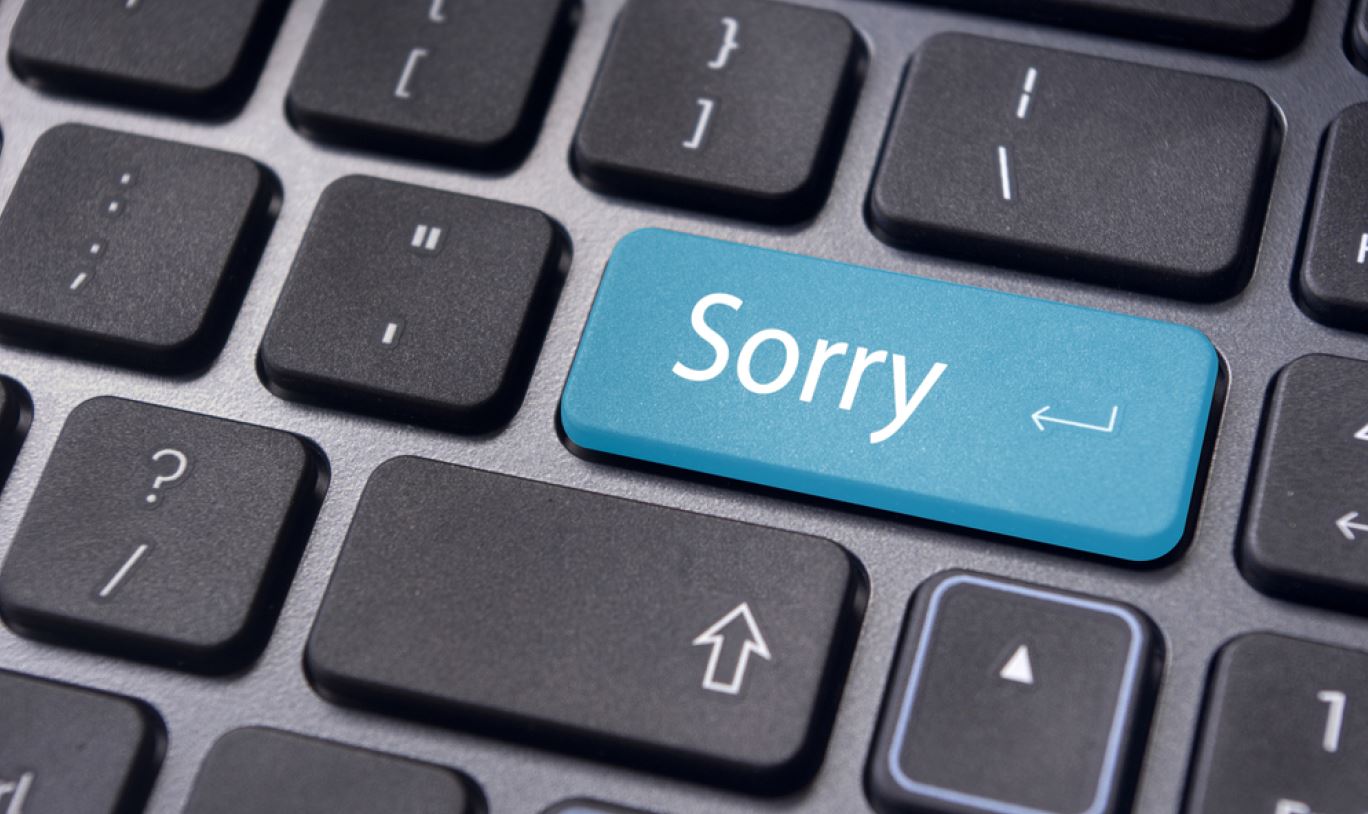 Taking responsibility in an apology should be the approach at an organizational level. Organizations of all sizes have been obliged to go through the ignominious and fraught process of issuing a public apology. Some do it well, some have mixed success and some are terrible.

For instance, Facebook has been exposed in the New York Times (17 September 2021) and the Wall Street Journal in the same week [subscription needed for both] for its “tired old, so-so-sorry, we’ll-do-better excuses that its executives trot out when the company is called out for its destructive products.” These apologies are clearly not genuine, because the company continues not to take any meaningful action on a range of ethical issues.

Another example: in 2018 and 2019  the CEO of Boeing was forced to apologize for two 737 Max jet aircraft crashes that killed 346 passengers and crew. Boeing CEO Dennis Muilenburg’s initial response was mediocre, and he had to apologize again later before being fired in December 2019.

A failure to understand how apologies work can be costly. In the case of Boeing, the company is facing many lawsuits from family members of passengers who died in the crash, and shareholders as well. Shareholders have reacted to Boeing’s actions by reducing the value of the company’s stock, which lost $13 billion on the first trading day after the Ethiopian Airlines crash. Not all of these issues are directly related to Muilenburg’s statement, of course. But it is likely a better apology would have put the company on the path to rebuilding trust.

Crisis communication experts advocate saying sorry to victims of corporate crises and accidents. Despite what many lawyers think, these experts know that saying sorry doesn’t create any legal liability. Corporate spokespersons can express their regrets and show sympathy to the families of the dead and injured without dumping their organization deep into litigation.

They realize that victims are more infuriated by a lack of communication, indifference and lack of sympathy than by a statement of facts, a quick acknowledgment of regret and a statement of intention to prevent the problem from occurring again.

Deciding the need for an apology

In many issue and crisis situations, it is difficult to decide if a corporate apology is needed. Social media especially cause such difficulties because users tend to sensationalize situations and it can be better to refrain from an apology on a marginal issue because the issue may well fade away quickly of its own accord from public consciousness. Therefore, it is vital at the start to determine the facts of the matter. There is no easy answer for reaching these decisions.

I was appointed crisis consultant to the Department of Justice in my State in response to a prison riot involving 100-140 prisoners who damaged property and caused 21 prison staff and 2 prisoners to receive hospital treatment. Following the operational review of the crisis, I analyzed the case and wrote a series of recommendations from a communication and stakeholder perspective. The Department followed my recommendations, and when the State government tabled its report in Parliament, the media coverage lasted less than two days. I had recommended in broad terms:

James Lukaszewski, self-styled ‘America’s crisis guru,’ recommends the structure below for an apology. It is based on the book, The Five Languages of Apology, by Gary Chapman and Jennifer Thomas, which is actually about personal apologies, but Lukaszewski has adapted it for business purposes. These stages show how an organization can genuinely take responsibility in public apologies.

5 stages of a business apology

Michael Maslansky, CEO of maslansky + partners, New York, wrote an insightful article for Ragan’s PR Daily newsletter in 2017 (access by subscription). Based on his extensive experience with messaging, the article lists 20 apology types and scenarios where they are appropriate. Maslansky says getting the words right is an essential step that can prevent undue attention in a crisis. Here’s the list: 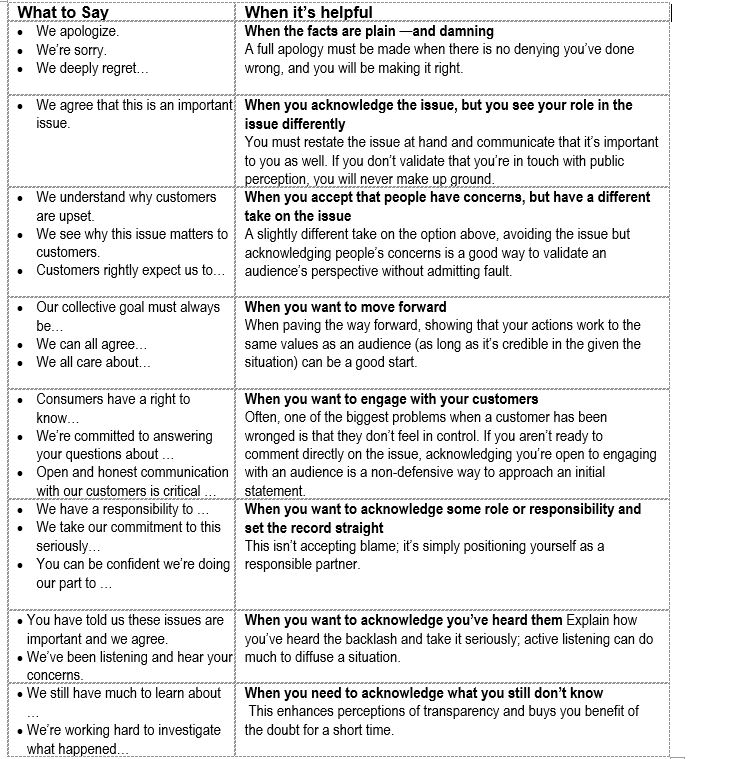 The big lesson for communicators

A final note: Leaders also should recognize that even a perfect apology is just the first step. The greater the harm, the more difficult it will be to earn back stakeholders’ trust. No matter how eloquent the apology, people will not forgive a company that does not back up its words with concrete action to remedy the harm it has caused — and prevent it from happening in future.

When your organization or client has made a mistake, admit it! The negative consequences are invariably less than the consequences of denial at all costs. Admitting mistakes makes the organization appear more human and empathetic, especially when management says every effort is being made to prevent the same mistake being made in future. The bottom line is that you should take responsibility in public apologies where you are clearly in the wrong.