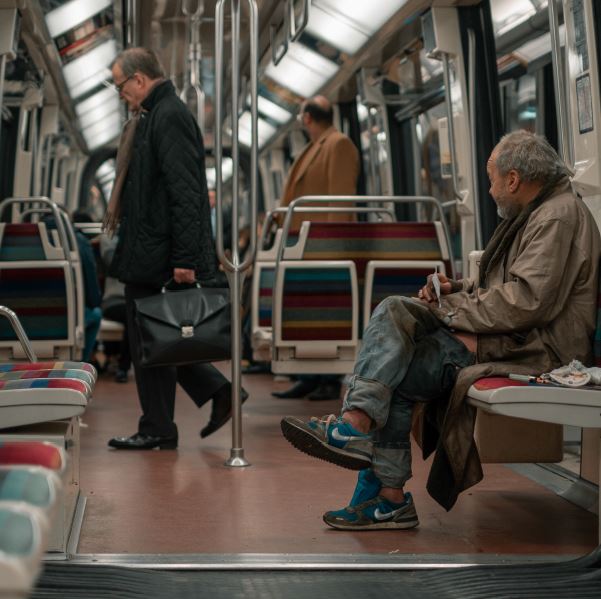 Findings from the highly respected annual Edelman Trust Barometer surveys over 20 years pointed to community trust around the world being spurred by economic growth. However, the conclusion in 2020 is that community trust continued to be maintained in Asia and the Middle East, but not in developed markets, where income inequality is now the more important factor. A majority of respondents in every developed market do not believe they will be better off in five years’ time, and more than half of respondents globally believe that capitalism in its current form is now doing more harm than good in the world.

Income and wealth inequality has become a key cause of unrest in many western countries as statistics reveal the rich have got richer and the lives of most others have not improved much.

In recent years, employees have seen CEO salary packages skyrocket. For instance, in Australia in 2018, the highest paid CEO was paid 435 times the average wage. The chart below reveals the huge differences in pay between CEOs and average workers in a range of countries: 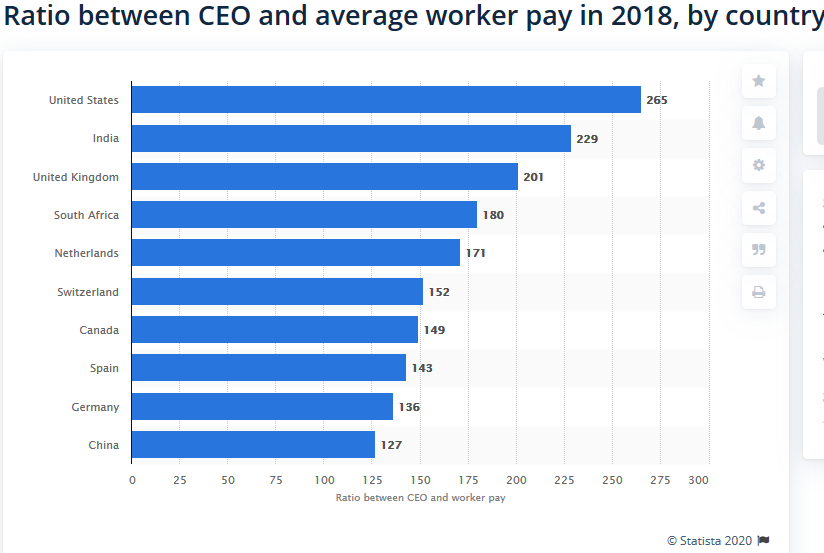 Company profits have risen sharply at the same time, but the pay of workers has stagnated during this period, and many jobs have been lost in traditional industries.

PR publisher Paul Holmes quotes Christopher Storck, head of a large German consultancy and professor of communication management and strategy at a Berlin university: “Business leaders have to reconnect with society again. Companies have to create value for all stakeholders. They have to establish and maintain mutually beneficial relationships with all individuals, groups and communities who provide resources that the organization wants to deploy in its value creation process.”

Holmes also quotes Richard Edelman, head of Edelman, the largest PR firm in the world: “It is time for business to move beyond words to action if it wishes to restore trust. In the absence of trust and credibility, anything companies have to say will be treated with scepticism, if not downright hostility. Only actions will matter. When people trust nobody, they will turn to anybody.”

Uncertain economic conditions, unpredicted business challenges and pressure for organizations to be more agile has led to further uncertainty for business leaders. Most business leaders work through all this in the traditional way – by managing from the top down. Many of them don’t understand that their employees are the most important stakeholders of all. Organizational managers need to work on managing their workforces in a more enlightened way.

However, 64% of employees surveyed in a CEB survey of 6,686 employees in 2016 said their bosses persist in a top-down approach that lowers workers’ level of trust and confidence in their leaders. Workers say they hesitate and wait for direction before changing their work methods. They report that they are doing too much unproductive work and they tend to resist change.

CEB consultants conclude that the organization should push decision-making and accountability closer to the frontline. Management should use a two-way conversation strategy, not just a communication strategy. The best leaders engage employees in a dialogue rather than increase the volume of communication delivered to them, ie they should listen with more respect.

One very clear thing is that governments and companies in recent years haven’t been listening enough to their constituents – their stakeholders. The recent upheavals are a result of this.

Alon Feuerwerker, head of the political practice at Brazilian firm FSB, says: “In a world with easy access to multiple sources of information, it is not enough to repeat the message…You need to dialogue and interact to obtain attention and trust from those affected. You need to avoid arrogance.” Social media is only a partial solution to enable people to feel their views are being taken seriously and acted upon.

Companies also need to recognize that as the credibility of mainstream media declines – third-party endorsement from that source has weakened, and companies need to learn to use new channels that involves genuine interaction with their stakeholders.

Communicators need to minimize the one-way communication mentality. Management consultant and former Harvard University fellow, Elizabeth Doty says the approach of too many organizations is based on an outdated mental model: “It’s a model best described as a ‘post office.’” They view themselves as the sender of a message, and others as the receivers.” These leaders are preoccupied with their own message, which leaves them ignorant about the larger context and the views of their stakeholders.

Effective listening to stakeholders should be built into organizational behavior

In a 2013 paper on organizational listening, Australian communication professor Jim Macnamara said, “Other than for strategic planning and targeting purposes, organizations listen to stakeholders sporadically, often in token ways, and sometimes not at all.” A stakeholder is any person, group or organization who can place a claim on an organization’s attention, resources or output, or is affected by that output. They have a stake in the organization, something at risk, and therefore something to gain or lose as a result of corporate activity.

In his pilot study, Macnamara found the job descriptions of heads of communication and public relations “contained no reference to functions related to listening, such as systematically collecting and evaluating feedback, doing formative research, or responding to stakeholder opinion or concerns…There was no mention of changing organization behavior to meet stakeholders or publics’ concerns…only reference to achieving organizational concerns, interests and objectives…The only function that seems to make any sustained effort to listen and respond directly to publics or stakeholders is customer relations.” Check your management and communicator’s job descriptions. To what extent is a listening or intelligence role apparent?

The intent should be to explore issues or opportunities together with stakeholders. This two-way dialogue is powerful for creating breakthroughs. Professor James Grunig’s concept of symmetric two-way communication returns – taught to all PR students as the perfect model! This model recognizes that others have something worthwhile to say and we should be willing to listen.

Strong face-to-face listening skills can make a critical difference to the performance of senior executives, but few are able to cultivate these skills because they are more intent on pushing their own preconceptions than absorbing the perspectives of others. This matters because listening is the surest, most efficient way for senior executive to come to the judgments they must make.

A useful formula incorporating some key recommendations by former McKinsey consultant Bernard Ferrari in his article “The executive’s guide to better listening” are: