AVEs and multipliers are fake measures 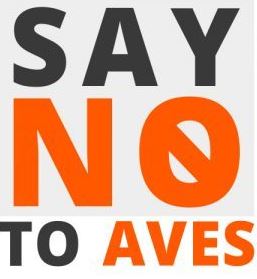 A significant number of PR practitioners and others use techniques that purport to measure the dollar value of publicity and the way it is supposedly more effective than advertising.

AVEs are estimated by calculating the area of a printed news item or amount of air time on radio or television and multiplying the area or time by the advertising rate of the media in which the coverage appeared.

A hypothetical example: an advertisement measuring 5 inches by 3 columns would be 15 column inches in area. Multiply this by the advertising rate of $100 per column inch to determine the cost of the ad as $1,500. If a news article occupied the same area, it could be allocated an AVE of $1,500, even though it cost nothing in direct PR costs for it to be published.

A television or radio AVE is calculated by measuring the number of seconds of news coverage and multiplying by the advertising rate per second or minute to reach a dollar figure. For instance, a TV news item on a new medical breakthrough might run for 1 minute 15 seconds. The TV advertising rate on that station might be $1,200 for 60 second ads and $350 for 15 second ads, totalling $1,550 for one minute and 15 seconds = the AVE for the news coverage.

By aggregating the AVEs for all the news coverage in a marketing campaign, a total figure can be reached. The total can be compared with the cost of actual advertising in a campaign to show its apparent effectiveness.

In this way various publicity activities have been ‘compared’ with advertising to measure their effectiveness. (“Our media coverage in the past month was worth $126,000.”)

Using this method, many PR campaigns are attributed a so-called big dollar value. As an example of this approach at the highest level, some media commentators claimed that Donald Trump had received “around $5 billion in free media coverage” during the 2016 US Presidential election. How did they calculate this? By the seat of their pants…

But there is no way the exposure generated by publicity can be directly compared with advertising; they are two different concepts. Advertisements are standardized, controlled messages usually shown repeatedly for maximum impact, while no news item is the same (except, perhaps for the news ‘updates’ that may be repeated on radio or TV programs).

Professional communication bodies around the world condemn the use of AVEs, and Professor Jim Macnamara points out the details of the problems with AVEs:

1. Publicity can be negative. Clearly, it is false to compare negative publicity with the best creative advertising. Yet most AVE calculations do just this. Few proponents of this method go to the time-consuming trouble of deducting negative articles and negative paragraphs or sections within articles.

4. Articles can be poorly positioned, which affects its impact. Advertising is almost always positioned prominently, often with guaranteed prominent positioning through payment of loadings or volume bookings.

5. Articles can be in non-target or irrelevant media – ie media that do not reach key target audiences and markets, or media that have low circulation and are strategically less important. Advertising is placed strategically only in the most important media.

6. Articles can be poorly presented – eg with ambiguous headlines, the client name buried in the story, and even errors. Advertising is prepared by creative professionals for maximum impact using eye-catching visuals and sophisticated design.

7. AVE calculations are usually based on casual advertising rates which are much higher than the rates negotiated for advertising campaigns. This further inflates the so-called value of publicity in many cases.

8. AVEs only calculate the cost of buying equivalent media space and time for advertising; they make no effort to measure the impact or effect of the content. Perhaps this is the most significant thing of all. Even if editorial meets all the key characteristics of advertising, ie if it is positive, only promotes the client organization, is well positioned in strategically important media and well presented, no one in marketing or management would measure the value of advertising simply in terms of its cost – “it must be a good campaign because it cost $7 million!” Advertising is measured, at a minimum, in terms of reach, share of voice, recall of messages, and often in outcome terms such as inquiries, leads or sales. Thus, even when editorial is highly positive and well positioned, the use of AVEs as a measure of PR effectiveness is flawed.

An effective article would need to contain key messages, have a strong headline, positive tone and product recommendations to be effective as an advertisement for the same product – a difficult set of requirements. US researchers estimate that less than 10% of PR-supplied articles contain all these attributes.

Yet some people still claim the concept is valid, such as Robert Wynne in a much-derided article, “Explaining PR’s Barcelona principles,” in Forbes in 2016, and in his highly criticized eBook written for the Meltwater media monitoring firm, which promoted the use of AVEs (since deleted). Wynne claimed “PR Dollar Value = Advertising Equivalency (AVE) x Multiplier of 5,” based on research apparently conducted at the Los Angeles Times. Apart from all the methodological issues raised, how could research apparently conducted by one source in one country apply in every situation globally?

AVEs lead to unsubstantiated use of multipliers

Advertising guru David Ogilvy once said news items are six times more effective than advertising, but his claim isn’t proven – and in real life the research can’t be simplified in this sweeping way.

Multipliers are based on AVEs and are fake measures – their value is not supported by facts. People might say an ad for a given size or duration would cost $X (the AVE) and therefore the publicity exposure for that amount of space or time must be worth $X multiplied by an arbitrary factor up to 8 or 9 times.

An example of a multiplier being used is the way a person might determine the AVE for a newspaper article is $1,500 and then claim publicity activity is 5 times more effective than the cost of an advertisement of the same size in the same newspaper, meaning their calculated value of the publicity is $7,500.

The highly respected US Institute for Public Relations stated, “Most reputable researchers view such arbitrary ‘weighting’ schemes aimed at enhancing the alleged value of editorial coverage as unethical, dishonest, and not at all supported by the research literature.”

The conclusion about multipliers being a false measure is substantiated by researchers like Professor Glen Cameron whose experiments found no statistical differences between reader responses to editorial and advertising; PR and advertising had equal credibility with readers.

In view of the research findings, communicators should never use multipliers to support a case (although it is tempting if you are desperate). There are too many holes in the argument for using multipliers and anyone who does tend to use multipliers lacks credibility.

This doesn’t prevent the concept from continuing to be exploited, unfortunately.

The best option is to think of ways of measuring the situation before a campaign starts and then measuring results during and/or afterwards. For instance, you could launch a product using only PR for the first week in which a specified telephone number or link is shown in the promotional material. It is easy to measure the number of contacts before and after the exclusively PR activities are conducted in this situation before other variables kick in, such as advertising, direct marketing, point-of-sale promotions etc.