CEOs of the world’s largest public companies have just been hit with a strong message on corporate social responsibility.

They received a letter on 16 January 2020 from the largest investment fund in the world telling them to contribute to society as well as pursue profits if they want continued support from the fund. 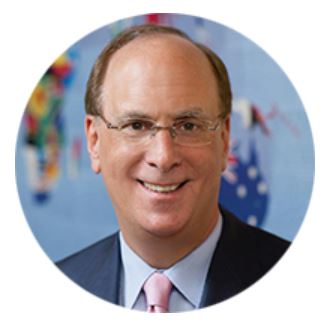 The letter was sent by Laurence Fink, founder and CEO of the investment firm BlackRock, which manages more than US$6 trillion in investments on behalf of many US funds, according to the New York Times. Fink’s letter may well influence the future strategic policies of other major investment funds, by stating:

Society is demanding that companies, both public and private, serve a social purpose. To prosper over time, every company must not only deliver financial performance, but also show how it makes a positive contribution to society.

Mr Fink’s statement did not just come out of nowhere. In BlackRock’s 2016 annual letter to shareholders, he said, “we seek to be active and engaged corporate citizens of the communities in which we operate.”

The public relations profession has long supported genuine efforts for organizations to contribute to society in meaningful ways. This view is starting to take hold in the business world as heads of companies have taken recent stands on issues like immigration policy, environmental protection, race relations, gay rights, gender equality and pay fairness.

But now Mr Fink is becoming more specific in responding to societal changes he has observed taking place, saying that companies need to make a social contribution or they will ultimately “lose the license to operate from key stakeholders.”

For a long time many companies have paid lip service to the concept of corporate social responsibility (CSR). If you go to websites such as csrwire.com, you find various companies issuing media releases and statements making CSR claims, but on closer examination many of these claims are merely token – they are made for marketing purposes to create rosy customer perceptions or for soothing stakeholders such as regulators and activist shareholders.

Coincidentally, other major influencers joined forces to go public about the same time as BlackRock to push a CSR message to Apple. Major investment planner Jana Partners and the huge California State Teachers’ Retirement System, which manages a million pensions of the state’s public schoolteachers, wrote a letter to Apple demanding more focus on the detrimental effects its products may have on children.

It is clear there is growing pressure on companies to make a genuine contribution to the benefit of society as well as pursue profits. Many companies have found that activating social responsibilities can also benefit their bottom line. Time for communicators to press employers and clients even harder to act genuinely on corporate social responsibility!