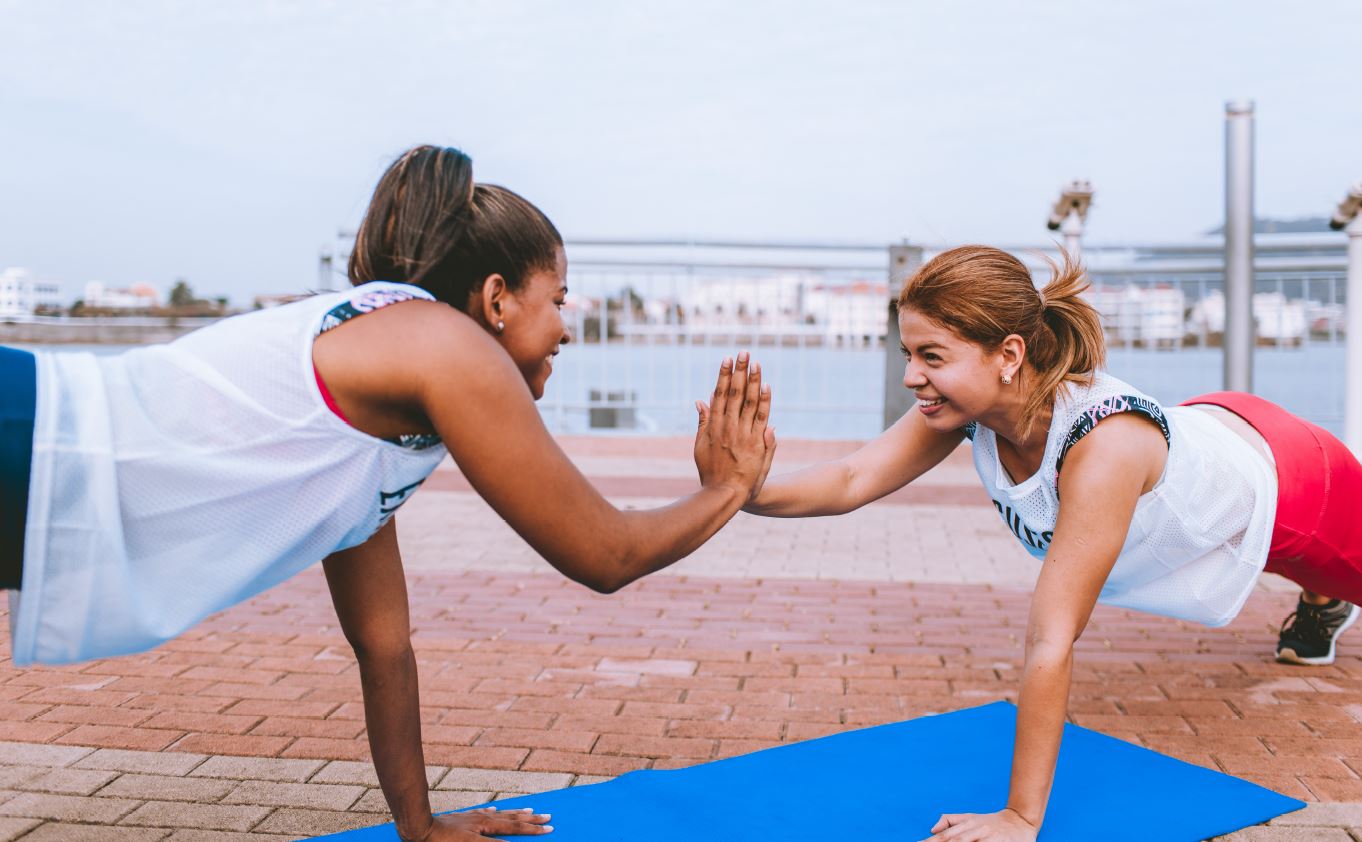 Research on verbal and non-verbal communication has found that mirroring a person’s words and body language increases rapport dramatically. This finding confirms the results of previous research, especially in the field of social psychology: When you mirror verbal and non-verbal communication in this way you will build good rapport with the other person.

Mirroring is behavior that copies the words and gestures of another person during communication with them. It may include imitating gestures, movements, body language, muscle tensions, expressions, tone of voice, eye movements, breathing, pace of delivery, accent, attitude, choice of words, metaphors, or other features apparent in an interpersonal exchange.

Mirroring happens very naturally when people are speaking. A listener will typically smile or frown or nod their head along with the speaker. If one person uses sports imagery the other person is likely to do the same. People who have lost most of an accent over time when they have moved away from their home town, will quite often find they are speaking more heavily in that accent when they chat with someone from home.

Copying the behavior of others is a technique learnt from an earliest age. Infants and young children learn words and gestures by copying adults, who respond delightedly to that kind of behavior. I have observed this myself, and most parents would testify to this.

Mirroring is a little like a communication dance. While having normal conversation, two people match each other as if in a dance, naturally adjusting their body language and words.

You can learn to mirror verbal and non-verbal communication

The outcome is that if you display much the same expression or movements the person does, they will generally be much more friendly.

The mirroring technique is learnt by good salespersons. Many find it becomes automatic after a while; they are not even conscious of doing it.

Observe the behavior of people in meetings with you. If they naturally mirror the sort of body language that you display, then you know that they are generally comfortable with you.

However, if someone mirrors you too quickly and too well, be on your guard. They may be doing it because they have read about doing this, such as in Neuro Linguistic Programming (NLP) or similar, or are trying to build a relationship insincerely. If someone is genuinely using natural mirroring then you probably won’t realize it is happening.

Try doing it yourself with people you engage with. But leave a reasonable time delay so that your response isn’t too obvious. Wait up to 10 seconds before imitating their changes in body language, posture etc. When you mirror verbal and non-verbal communication of others in this way, and build it into a habit, you are bound to increase other people’s good opinions of you.

Why does mirroring work?

Neuroscientists have found that some of the brain regions that are activated when a person feels pain also respond when that person imagines someone else feeling the same pain. They believe a similar process occurs when someone is pleased at the good fortune of a friend or enjoys their company.

Match the behavior of others

Mirroring behavior produces better outcomes for both parties in negotiations, as well as in meetings with a team member. Matching the behavior of others creates feelings of liking and strengthens bonds between two people, as reported in the 2008 book, Yes! 50 Scientifically Proven Ways to Be Persuasive by social psychologists Noah Goldstein, Steve Martin and Robert Cialdini. Mirroring the body language and even the actual words of other people in almost any situation brings positive outcomes. For instance, the authors describe on page 134 of the book the way that Professor Rick van Baaren tested the idea that food servers who literally repeat their customers’ words after receiving their order will increase the size of their tip. At one restaurant, the tip sizes increased by an average of 70% in this way, when the food servers repeated the orders verbatim back to the customer rather than use standard responses like “Okay!,” or “Coming up!”

So if you work in sales and customer service settings, you can create greater rapport with customers by repeating their verbalizations back to them, regardless of whether those verbalizations are in the form of questions, complaints or even orders, according to the above book by Goldstein, Martin & Cialdini.

This applies to spontaneous, informal conversations as well; rather than butting heads with your friend, spouse, or colleague the next time you find yourself in a minor disagreement, try actively listening to how they are making their case. Then, follow their lead or style of articulation.

Mirror their language as well

This approach of mirroring verbal and non-verbal communication is supported by research reported in a 2020 Harvard Business Review article, “Want to Win Someone Over? Talk Like They Do.” This means speaking and writing in the same way they do. It’s called linguistic mirroring. When you mirror the other person’s preferred communication style, they are likely to find you more persuasive. It helps to have a current relationship with the other people because this gives you greater insight into how they think, reason, interpret, and process communication from you. When you mirror their preferred communication style, they’re likely to find you more convincing.

For example, if you know your boss or CEO uses straightforward, logical reasoning in their own communication, you are most likely to convince them with a case that relies heavily on facts. To influence those who use a more story-based, informal style, you should lead with a story.

These conclusions were borne out by in-depth research on the influence lawyers had on judges in patent infringement cases. The research findings showed that lawyers who had previous dealt with those judges used more linguistic mirroring of the judges and won more cases than others (after statistically controlling the data to allow for the relationships).

The researchers compared the writing styles of the lawyers and presiding judges in more than 1,800 legal documents containing 25 million words. The legal teams who mirrored the judges’ linguistic styles were significantly more likely to win their cases, as shown the graph, opposite.

Overall, the researchers used a “leading research-validated tool” for  linguistic analysis so the writing styles of judges’ and lawyers’ publicly available documents could be scored along four dimensions:

How you can use these findings at work

You can use linguistic mirroring as a powerful tool in your own life when you want to try influencing a colleague, manager, executive, or client, so follow these principles:

1. Observe how others communicate

To influence others, notice how they reason, express their thoughts, ask questions, and debate points. Then use those insights as a reference for your own communication style. Try breaking down their linguistic style with the framework used above to analyze the legal documents: How does the other person’s style rate in terms of analytical thinking, weight and authority, authenticity, and emotional content? Start by asking yourself the following questions:

Also, notice their preferred communication tactics. Does the person you’re trying to influence prefer a written docuement, a PowerPoint presentation, or a free-flowing conversation? When they lead a meeting, how far in advance do they tend to provide materials, and how much do they expect people to study those materials before the meeting versus walking through them live?

If you are working with a person whose talks or articles are available online, review these materials for a good start — but the best way to gain insight about their preferred communication style is to cultivate a genuine, continuing relationship. Not all senior decision makers have a YouTube presentation or a white paper you can review, and in those cases building a strong relationship can be an invaluable alternative. My article, “Leaders who build strong career relationships earn more trust and achieve better results,” may be helpful even if you aren’t a formal leader currently. In the article, Leon Panetta, former US Secretary of Defence, CIA Director, White House Chief of Staff, and Member of the US House of Representatives [phew!], said in 2021 that “It is human relationships that determine whether or not you’re going to be successful.”

The above linguistic mirroring techniques described above can be used to drive positive change, but they can also be used for manipulative and malicious purposes. When considering the ethics of influence, think honestly about the implications of your actions for the overall good.

For example, linguistic mirroring can be an effective tool for persuading your boss or a client to commit to a larger budget for the next financial year, but you need to ensure you are presenting a full and transparent view of what will be involved and encountered along the journey that the increased funding is making possible, not just using your influence to manipulate the decision maker because you merely hope you will get a good result.

Journalist Benedict Carey, in his article, “You remind me of me,” published in The New York Times on 12 February 2008, reported on experiments demonstrating the success of mirroring. In one experiment, participants were asked to give their opinion about a series of advertisements shown to them. A researcher copied half the participants as they spoke, mirroring their posture and the position of their arms and legs. Shortly after, the researcher ‘accidentally’ dropped several pens on the floor. The participants who had been mimicked were 2-3 times more likely to pick up the pens than those who weren’t mimicked.

The same article reported on behavior exhibited in an experiment conducted at Duke University. Students were asked to try a new sports drink and then answer some questions. The interviewer in each case mirrored the posture and movements of half the participants, with a 1-2 second delay.

None of the participants who had been copied realized that mirroring had taken place. At the end of the interview they were significantly more likely than the others to try the drink, to say they would buy it and to predict the drink’s success in the marketplace.

Likewise, Wall Street Journal reporter Sue Shellenbarger wrote about the same subject in her article, “Use Mirroring to Connect With Others,” published on 20 September 2016.

Imitation is more than the sincerest form of flattery

Mirroring shows that imitation is more than the sincerest form of flattery – it is a powerful way to establish and strengthen rapport. But it needs to done sincerely. If you fake warm feelings toward someone by mirroring, they are likely to realize the dissonance at some point.

In future, try to remember mirroring with the people you deal with – your boss, your spouse or partner, your friends and your work colleagues. Try to observe whether extra rapport develops between you. Do it often enough and it will become automatic – and people will like you better, and you will create stronger interpersonal relationships. The bottom line is that when you mirror verbal and non-verbal communication of others you will strengthen your rapport with them.