How to make your spokespersons’ quotes sound more authentic 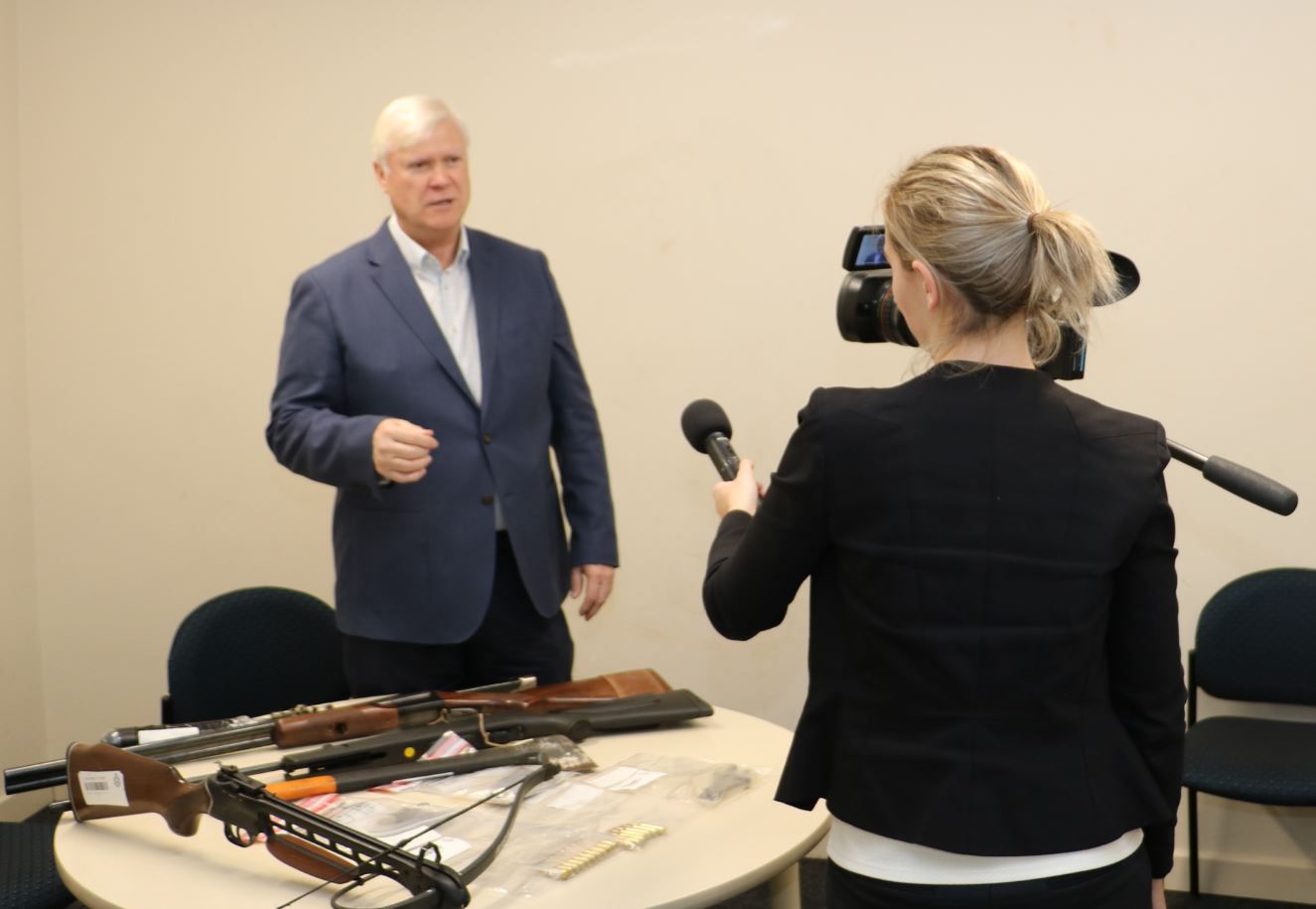 Television interview of Kim Harrison in 2016, when he was CEO of Crime Stoppers Western Australia, about the seizure of weapons in a drug campaign. A media release quoting him as spokesperson was included with the interview.

Recently I wrote an article on using alternative words to “excited” to express happiness in press releases: “Time to get excited about using better words than “excited” in your writing.”

Christopher Penn obviously feels the same, as he says in his  recent article, “Pleased, Excited, Proud, and Thrilled: Press Release (Over) Use of Happy Words.” He analyzed more than 30,000 press releases this year to find out which of 7 “feelings” announcement phrases is used the most. The number of occurrences per phrase were:

Do any of these sound natural? No, they sound like corporate-speak. And as a result they are not quoted by journalists. According to Ann Wylie from Wylie Communications, 78% of journalists don’t regularly use quotes from releases.

What can you do to increase journalists’ use of your quotes?

How to make your spokespersons’ quotes more realistic

So how can we break this cycle and write better quotes? Here are some tips from Michelle Messenger Garrett in Muck Rack’s newsletter:

1. Start with these actions

“Understand there are multiple components to any quote,” says John Thompson. He says most quotes should include a strategic element and a customer angle. “Using a whiteboard [or computer], jot down a handful of phrases that address each of these. Then, play with them. Put them together in a way that starts feeling real.”

2. Familiarize yourself with the spokesperson’s style

Ideally, you’d have some idea of how the spokesperson would sound – you would know their “voice” and the type of language they would use.

If you are not sure about this, do a brief interview over the phone or in person to capture a few quotes. If you work with the same executives over time, you will find it becomes easier to write in the style in which they speak

Penn recommends seeking “unvarnished contributions” from the project manager, engineer, designer, and people who are legitimately proud of their work, and let them speak about it in their own language for more engaging and authentic quotes.

4. Limit the number of quotes

Only use one or two quotes per press release. Paraphrasing can get the point across without overquoting.

And if you are pressured to quote several stakeholders, push back, if possible, because several quotes usually spoil the flow of the content.

You also have the option to leave quotes out of a press release entirely.

5. Read each quote aloud to test how it sounds

Your aim should be to make the quote sound like someone would actually say when you read it aloud.