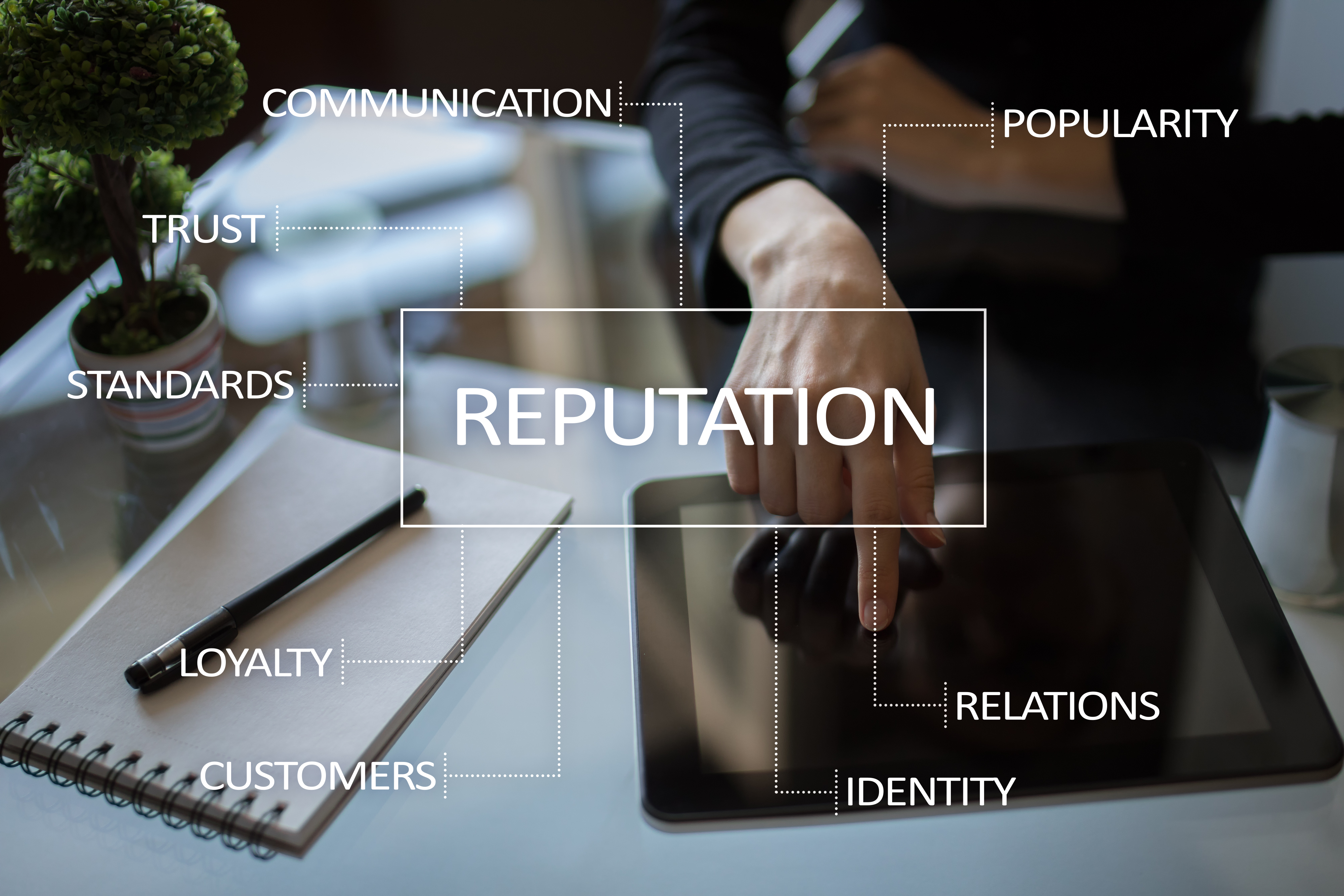 Your organizational reputation may be intangible, but it has vital financial value as an asset. How can such an intangible concept be vital? Reputation can be the key reason people will support your organization: “People’s willingness to buy, recommend, work for and invest in a company is driven 60% by their perceptions of the company, and only 40% by their perceptions of their products,” according to Kasper Ulf Nielsen from the Reputation Institute. In this way, a significant amount of every organization’s financial worth is based on its reputation. Stakeholder perceptions are what it is about. Therefore, your corporate reputation may be your biggest financial asset.

Corporate reputation may be your biggest financial asset

Sometimes reputation is the biggest single organizational asset, especially with big brands. For instance, the reputation capital of some top US companies was more than half of their market value in 2021, including Apple (57%), Amazon (56%), Alphabet [parent company of Google] (56%), Microsoft (55%), Johnson & Johnson (53%), Target (53%), Walmart (52%), and Nike (52%), according to data in the annual Reputation Dividend 2021 report. Obviously, there was a wide spread over the full list of S&P 500 companies, which averaged close to 30% overall.

Also, in 2021, Apple had around US$1,248 billion worth of reputation capital, and Microsoft had $1,062 billion. More than a trillion each! There is no doubt that their corporate reputation is their biggest asset.

Measuring the value of reputation

Specialist firms in reputation assessment can measure the value of reputation by analyzing the various components that stakeholders consider the most important. The value of each factor can be compared against the relative value all the other significant factors adding up to stakeholder perceptions of the organization.

For instance, the Reputation Institute measures a company’s capacity to meet stakeholder expectations on 7 general dimensions of reputation:

By using these general dimensions for organizations, the consultants can compare corporate reputations of organizations within and between specific industries.

Measurable changes to market value due to reputation changes

Analysis by Reputation Dividend in 2021 found almost 30% of the top 500 US [public] companies’ overall market performance could be attributed to the non-financial factors associated with their respective corporate reputation. This was equivalent to US$11.2 trillion across the S&P 500! In various cases, corporate reputation may be the biggest asset of various companies in the top 500.

Public companies are important for such calculations because the impact of non-financial factors can be measured by changes in their share price. Financial losses from operational problems or crises can’t totally account for a plunge in share price or business profits in most situations – reputational factors play a big part. For instance:

As Corporate Affairs Manager for the Western Power electricity utility, I established a corporate reputation composite index, using the expertise of a market research firm to develop the index. Western Power is a government-owned trading enterprise, and so it did not have a market value, and therefore its reputational value could not be calculated in the same way as for a public company.

In this project, the first step was to conduct qualitative research among focus groups to determine the factors that household customers considered important to the organization’s corporate reputation.

The 14 factors identified from the qualitative research were categorized into 8 broad areas:

Quantitative research was then conducted by telephone survey of 1,400 people at home who indicated they were the person in their household who most dealt with the utility. The sample size was reliable to 3% within a 95% confidence level.

A composite index was formed by (1) scoring each factor according to its relative importance to the public as indicated in the survey feedback, and (2) scoring their estimate of the utility’s actual performance on each factor. Then the two figures for each factor were multiplied together. These results were calculated for all 8 factors and added together for a possible overall score out of a maximum of 100, with a higher score indicating higher satisfaction.

Having measured the corporate reputation result in the first year, targets were set for future years. (The target figure set for years 4 and 5 was reduced due to expected changes in community attitudes due to planned organizational restructuring and cost cutting.)

In considering the components of corporate reputation, above, you can see that many of the variables are outside the control of the communication professionals. A senior manager actually tried to make reputation a KPI of the Corporate Affairs function, but I pushed back on the grounds that actions speak louder than words, and therefore actions by field employees were more important in public perceptions than any actions taken by Corporate Affairs.

How your corporate reputation may be your biggest financial asset